Reggae music has become prevalent all over the world since it began in Jamaica in the late 1960s. Although the population in Jamaica is only 2.5 million people similar to the size of Houston, Texas, the artistic legacy reggae has had from its classic roots upon contemporary music, culture, and fashion is immense. It is fair to say the best reggae songs are the Caribbean island’s most cherished export.

Reggae shares its origins with jazz and R&B music and has been widely significant in the growth of many modern genres including dub, hip hop, and drum and bass. Over the years the best reggae songs have become the go-to soundtrack for civil- and human-rights uprisings, social and political revolutions, bro-com movies, and, unsurprisingly cruise ship TV adverts.

In these trying times we can all do with some uplifting reggae music in our lives, so here are our top 10 best reggae songs of all time, each has helped to outline and popularise the genre around the world. 10 Best Reggae Songs of All Time

One of the best classic reggae songs is ‘I can see clearly now’. Johnny Nash wrote and recorded one of the best reggae songs ever made in 1972. It charted at number 1 on the Billboard charts in the US and became certified gold, having a huge impact on popularising and mainstreaming reggae to mainland North America. Johnny Nash was born in America but he recorded in Jamaica and gain various hits in the Caribbean.

This has to be one of the best feel-good reggae songs with its positive lyrics, it is the ultimate up-tempo hit. Jimmy Cliff recorded a cover version in 1993 for the hit movie Cool Runnings, about the Jamaican Olympic Bobsled team and making it one of the best 90s reggae songs, however, Nash’s original version still comes out on top and is why it has to be on the list of best reggae songs ever made. No list would be complete without Bob Marley, but which song is the most influential and timeless classic? After lots of thought, we picked ‘One Love’ as it has to be one of the best reggae love songs of all time. The BBC named it as their ‘Song of the Century’ but did you know that Bob Marley recorded ‘One Love’ three times: firstly, as a ska single with the original Wailers; the second, as part of the ‘All in One’ medley (1970) and finally, a straight reggae track, with additional-musical lyrics from the Curtis Mayfield-written hit released in 1977 on the album Exodus, ‘People Get Ready.’

They’re all amazing tracks, however the final is a magnificent recording that continues to be as significant as it does listenable and has to be in the top 10 best classic reggae songs. The lyrics call for unity, acceptance, and, of course, love among all humankind, and the soothing melody fills you with optimism and joyfulness. This classic ballad of unrequited love is one of the best reggae love songs. It has become one of the most covered reggae classics, with versions from the Rolling Stones to UB40 however there is nothing that compares to Eric Donaldson’s bold tenor and iconic organ riff. Although this never charted outside of Jamaica, it won the respected Jamaican Song Festival Competition in 1971. Another best reggae song is the inspirational Rastafarian anthem, ‘Satta Massagana’. It is a vital part of the root’s reggae canon and, unquestionably, is often used as a hymn in Rastafarian services. If you enjoy your reggae with a touch of jazz, this is the song for you. The Abyssinians know how to use their bass instruments and like plenty of other reggae songs the lyrics are religious, however, the tune is great no matter your belief.

The song was originally recorded in 1969 however was not released until 1976, since it was turned down by various labels. The song has a traditional old-school feel, the vocal harmonies surround the minor melody with a slow, deeply back-beated rhythm interjected by horns. Perhaps more significant on Jamaican artists in comparison to international ones, this song is nevertheless a vital one to know. This is one of the best reggae songs you won’t be able to resist dancing around your room and singing into a hairbrush. Jimmy Cliff – Many Rivers to Cross

This hit from Jimmy Cliff is on the influential soundtrack of the movie ‘The Harder They Come’. Cliff played the lead role in the movie and contributed various songs to the soundtrack. The gospel-inspired anthem is undeniably one of the best reggae songs of all time. This has to be in our top 10 best feel-good reggae songs and one for all occasions. Whether you are falling in love, enjoying a holiday, wanting to start a revolution to protest the injustice. Regardless of the sad lyrics and melancholic melody, the song warms your soul the best way a fantastic song can. Toots Hibbert was inspired by American soul music, in particular James Brown and Otis Redding. With his group the Maytals, he became one of the top Jamaican hitmakers in the 1960s. This best classic reggae song demonstrates Hibbert’s 1966 arrest and prison stint for marijuana possession. Dawn Penn- You Don’t Love Me

The iconic ‘You don’t love me’ is one of the best female reggae songs. Written in the late 60s by Dawn Penn, in reggae’s initial days she was one of the extremely few female writers and lead vocalists to have success. The song was recorded with Coxsone Dodd, who first signed Bob Marley and the Wailers, at his Studio One in Kingston. The haunting delivery makes it one of the best reggae songs. Bam Bam is arguably the best reggae drum and bass song as well as one of the best female reggae songs. Sister Nancy was the world’s first and finest female dancehall DJ. This 1982 classic is a version of Toots and the Maytals hit by the same name performed in 1968, sung over the famous Stalag 17 backing track, recorded by Ansell Collins in 1973. This version was produced by Winston Riley and is a watershed moment in reggae’s evolution into dancehall.

The tune is so amazing, just close your eyes to be transported to the streets of Jamaica with the classic reggae beat. Sister Nancy certainly holds her own against her male reggae counterparts making it one of the best 80’s reggae songs. 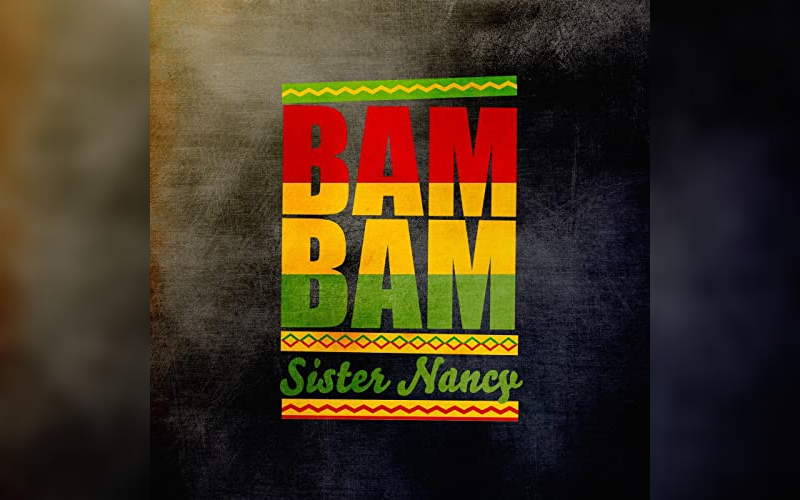 If you are looking for the best 80’s reggae songs this is definitely one for the list. Another veteran group from Studio One. The Wailing Souls recorded under various names including The Renegades, Pipes, and the Pipers throughout the late 1960s and early 1970s to avoid being confused with the Wailers. Following numerous hits, as the Wailing Souls in the late ‘70s, they joined Sly and Robbie to create their 1980 work of genius ‘Fire House Rock’. Although not their most popular record, for songwriting, creativity, and relevance it doesn’t get much better than this true root classic. Yellowman – Nobody Move, Nobody Get Hurt

Another of the best 80’s reggae songs has to be ‘Nobody Move, Nobody Get Hurt’.  In the early 1980s, reggae music moved stylistically and technically towards ‘ragga’ and ultimately dancehall. When Bob Marley dies, the self-proclaimed new King of Reggae became albino DJ known as Yellowman and subsequently achieved somewhat Marley status in Jamaica. Contributing with Sly and Robbie borrowing from ‘54-46 Was My Number’ and establishes a new rhythm-riding, ‘toasting’ style. That Was Our List of The Best Reggae Songs!

These are just some of the best reggae songs that fans of the genre should know about, but it is definitely not all. Reggae music is very diverse and it is difficult to choose only 10 for our list. Without a doubt, there is a common denominator that connects music to reggae and there are few things in this world that can put you in a better mood than listening to the best reggae songs.

The genre is up there on the happiness scale, when people think reggae they will imagine Bob Marley swaying softly in time with a chilled-out drum beat and his iconic dreadlocks and rasta cap. However, reggae is so much more than that. Reggae music is an infinite source of emotion, with a distinctive sound and lyrics covering an extensive range of complex issues.

This was our list of the 10 Best Reggae Songs of All Time, let us know if you agree or if you think we missed any out.